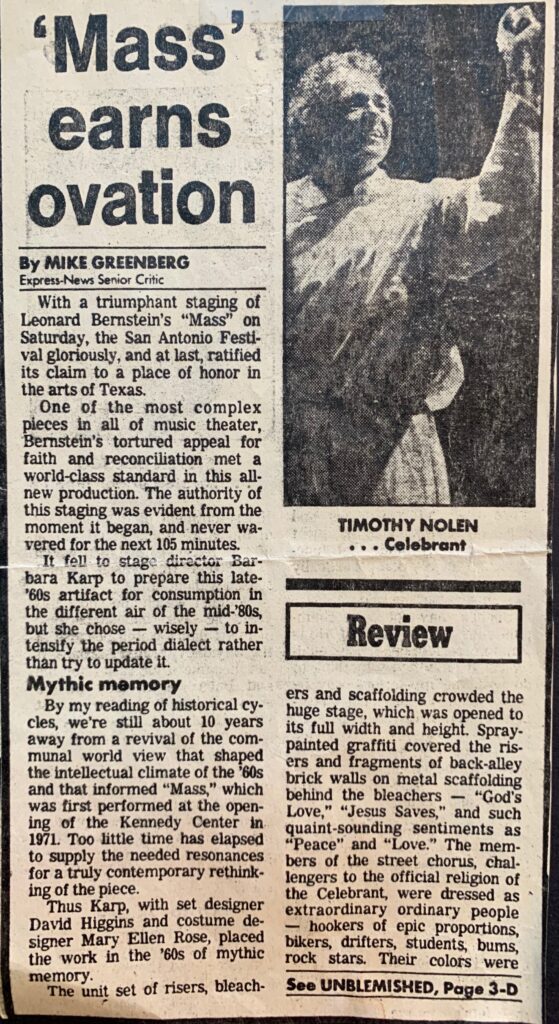 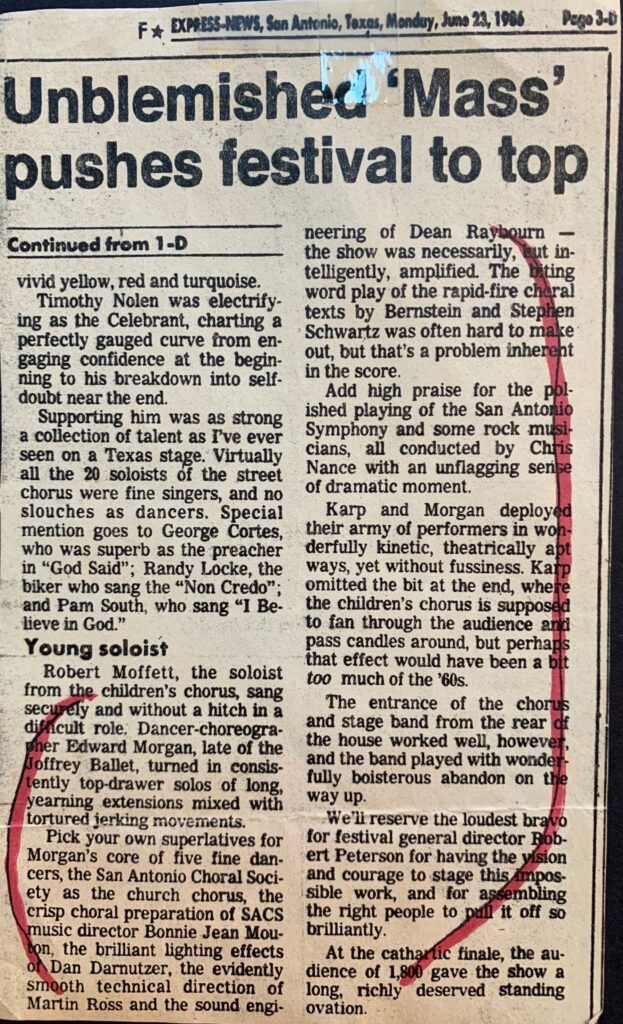 With a triumphant staging of Lenard Bernstein’s “Mass” on Saturday, The San Antonio Festival gloriously, and at last, ratified its claim to a place of honor in the arts of Texas.

Pick your own superlatives for Morgan’s core of five dancers, the San Antonio Choral Society as the church chorus, the crisp choral preparation of SACS music director Bonnie Jean Mouton, the brilliant lighting effect of Dan Darnutzer, the evidently smooth technical direction of Martin Ross and the sound engineering of Dean Rayburn – the show was necessarily, but intelligently, amplified. The biting wordplay of the rapid-fire choral texts by Bernstein and Stephen Swartz was often hard to make out, but that’s a problem inherent in the score.

Add high praise for the polished playing if the San Antonio Symphony and some rock musicians, all conducted by Chris Nance with an unflagging sense of dramatic moment.

Karp and Morgan deployed their army of performers in wonderfully kinetic, theatrically apt ways, yet without fussiness. Karl admitted the bit at the end, where the children’s chorus is supposed to fan through the audience and pass candles around, but perhaps that effect would have been a bit too much of the 60’s.

The entrance of the chorus and stage band from the rear of the house worked well, however, and the band played with wonderfully boisterous abandon on the way up.

We’ll reserver the loudest bravo for the festival general director Robert Peterson for having the vision and courage to stage this impossible work, and for assembling the right people to pull it off so brilliantly.

At a cathartic final, the audience of 1,800 gave the show a long, richly deserved standing ovation.