Noble efforts are required of the audience for “Homage to Frederico García Lorea.”

In its opening night Friday at the Guadalupe Cultural Arts Center, this Bejar Opera Workshop production posed a number of technical, artistic and linguistic challenges, yet shined at times with sparks of authentic creativity.

Constructed as a sort of survey of the work of Spain’s most revolutionary contemporary poet, “Homage” is so broad in scope it is difficult to digest. Without any introductory comments, the audience is immersed in a series of musical, poetic and dramatic vignettes which presuppose some familiarity with Lorca. the Spanish language and the Spanish Civil War as well.

While the Bexar Opera Workshop’s women’s chorus produced some very competent and ever moving renderings of some of Lorea’s arrangements of traditional Spanish folk songs in the opening number, the effect of encountering Lorea’s music before any presentation of his poetry was unsettling. His approach to music begs explanation.

With the exception of the reading of “La casada infiel’ by Angela de Hoyos, the majority of Lorca’s poetry in Spanish was hard to hear due to the unclear diction and rapid-fire delivery of the Holmes High School students who read it, In contrary. Alejandro Mandrujano’s clear renderings of the English translation revealed his feelings for the poetry.

Certainly the artistic high point of “Homage” is Joffrey Ballet dancer Edward Morgan’s evocation of the bullfighter Ignacio San chez Mejias (known as an intellectual, poet and friend of Lorca, fatally gored by a bull at an early age). With magnificently regal use of the two capes, one multi-colored the other traditionally red and black, Morgan dallied with an invisible bull.

He struck a note of perfect equilibrium between the arrogance proper to a bullfighter and the humility required to master the bull.

Ramon Baez and Betty Costa read the text of the poem to Morgan’s dancing. Baez is a powerful speaker endowed with a true capacity to convey the tragic quality of the poem with his resonate voice.

Morgan’s piece was preceded by the amazing 1949 film “Lament for Ignacio Sanchez Mejias,” featuring Jose Limone. Utterly different from Morgan’s interpretation of the sam work, it is fascinating for its embodiment of duende or dark soul.

If you are not a Lorea aficionado but love good dance, Morgan’s performances,ance makes “Homage” worth while. If you love Lorca, you’ll endure its inconsistencies. It is after all a noble effort. 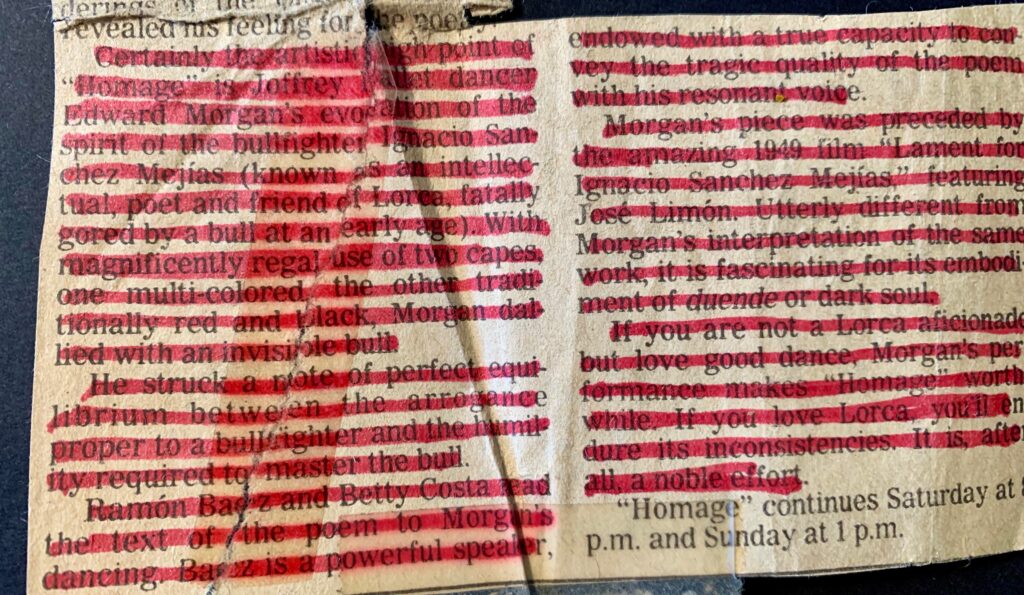 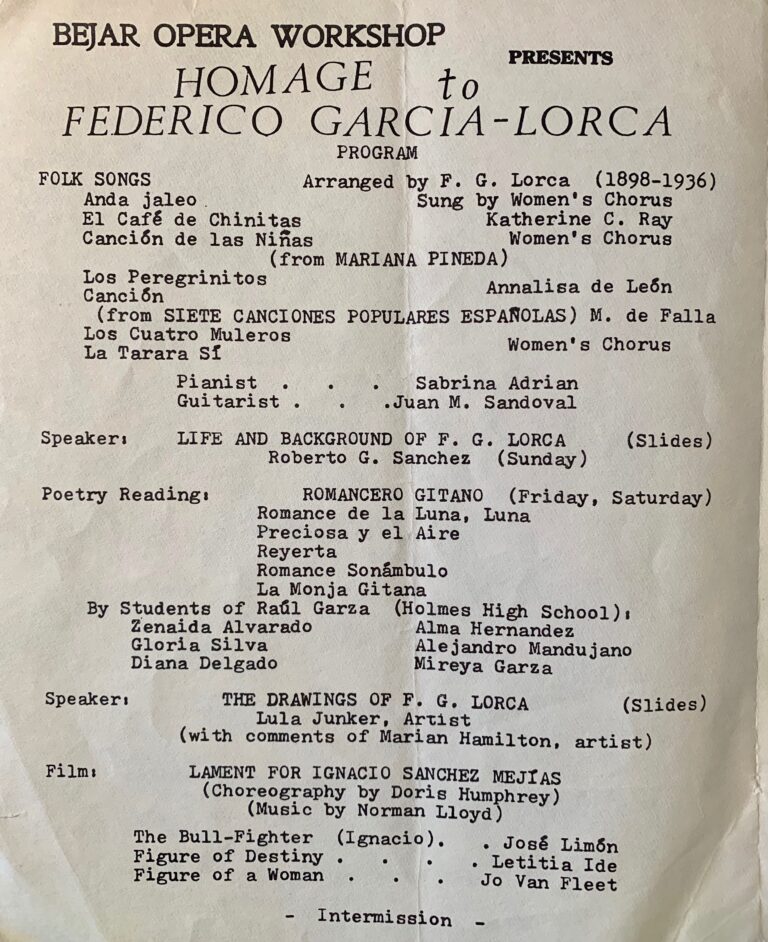 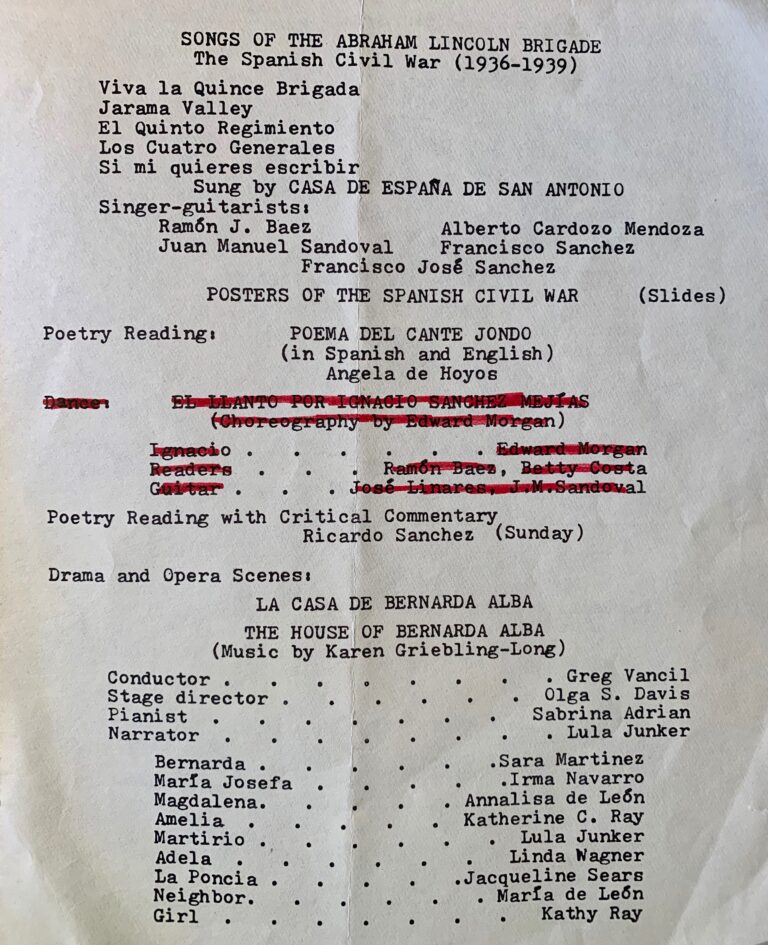