The new company that “makes a virtue of the lost art of aiming to please a crowd” (Dunning, New York Times) performs original works choreographed by Artistic Director Edward Morgan, infusing its wide array of styles with a warmth and spirit rarely conveyed in the ballet idiom. No seating provided; bring a blanket to sit on the grass. Presented in association with Dancing in the Streets. Battery Park City ROCKEFELLER PARK AT 7PM 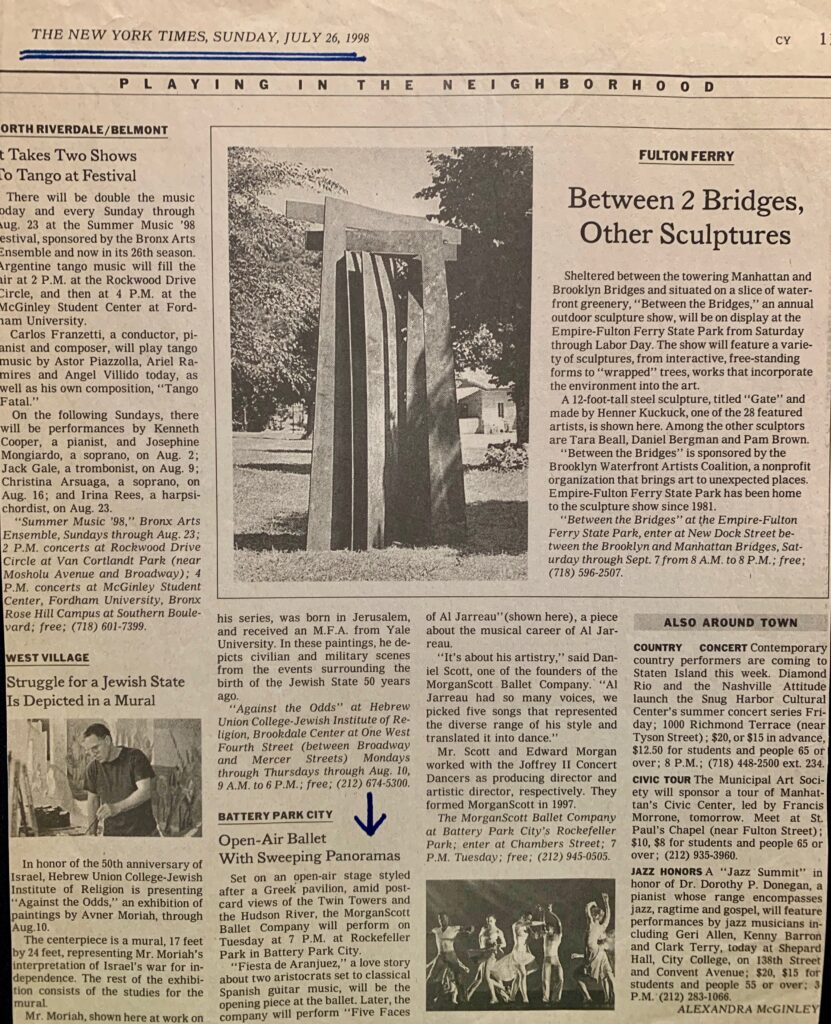 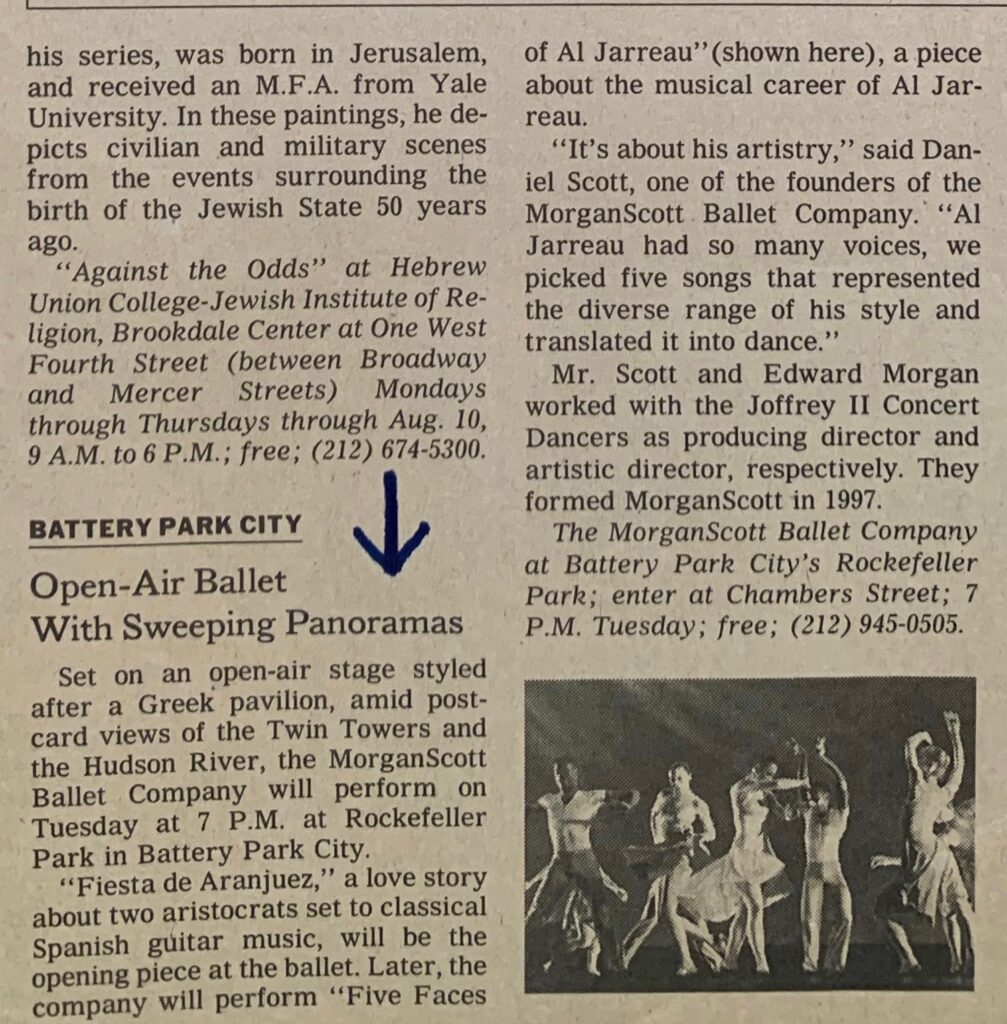 Set on an open-air stage styled after a Greek pavilion, amid postcard views of the Twin Towers and the Hudson River, the MorganScott Ballet Company will perform on ‘Tuesday at 7 P.M. at Rockefeller Park in Battery Park City.

“Fiesta de Aranjuez,” a love story about two aristocrats set to classical Spanish guitar music, will be the opening piece at the ballet. Later, the company will perform “Five Faces of Al Jarreau” (shown here), a piece about the musical career of Al Jarreau.

“It’s about his artistry,” said Daniel Scott, one of the founders of the MorganScott. Ballet Company.’ “Al Jarreau had so many voices, we picked five songs that represented the diverse range of his style and translated it into dance.”

Edward Morgan worked with the Joffrey II Concert Dancers as producing director and artistic director, respectively. They formed MorganScott in 1997.