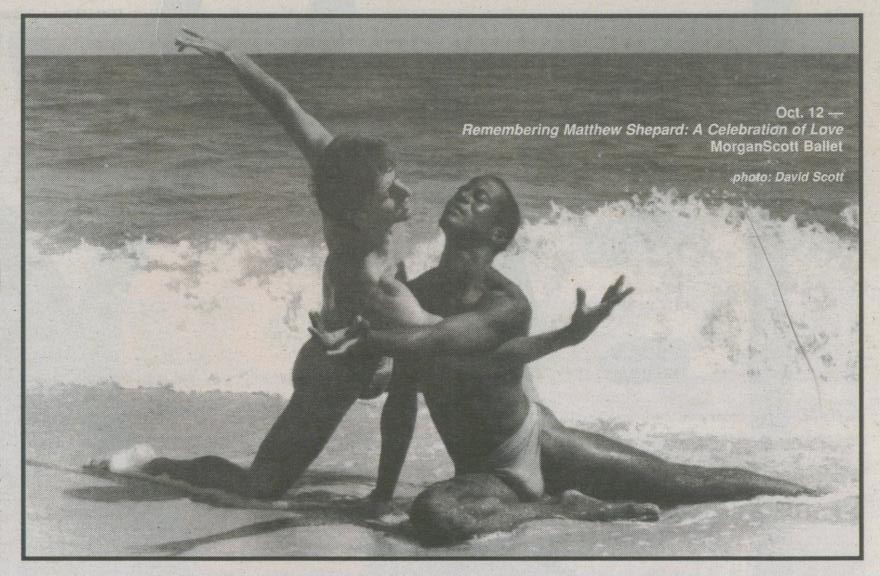 DANCE REVIEW; A Tribute to a Gay Student Who Was Slain

”Remembering Matthew Shepard: A Vigil in Dance,” presented by the MorganScott Ballet on Tuesday night at the Danspace Project at St. Mark’s Church, paid homage to Mr. Shepard, the Wyoming college student murdered in October, with rousing music and luminous, joyous dance.

The well-paced event, produced by Daniel Scott, began with a solemn processional by members of the Lesbian and Gay Big Apple Corps Marching Band, each carrying a poster with the photograph of a gay hate-crime victim. Classical ballet was represented by ”Threshold of Passage” and ”Bach Oboe Concertos,” both choreographed by Anthony Morgan, the company’s artistic director.

Both pieces emphasized clear poses and groupings, as well as the lyrical arms and poised upper torsos that are hallmarks of this ebullient troupe. ”Threshold of Passage,” set to rippling New Age music, was dedicated to Mr. Shepard and his family.

Richard S. Haymes, director of the New York City Gay and Lesbian Anti-Violence Project, spoke of the killings of Billy Jack Gaither, beaten to death in Alabama in February, and Henry Edward Northington, beheaded in Virginia last month, and the work to be done in combating hate crimes. The Rev. Clark W. Trafton, interim pastor of St. Mark’s, displayed hate mail received after the public announcement of a church group studying biblical references to homosexuality.

Mr. Morgan’s ”Earthly Love, Heavenly Spirits,” a duet to music by Samuel Barber, was both a gentle paean to love and an exploration of the ballet pas de deux. It was danced with an affecting lack of sentimentality by Joseph Alexander and Jean Ledon Louis.

Mr. Morgan is an intensely charismatic performer, which he proved in his rock solo, ”Keep the Faith.” The evening ended in a blaze of high spirits with dancers and band members joining in a collaborative finale that was wonderfully goofy fun. 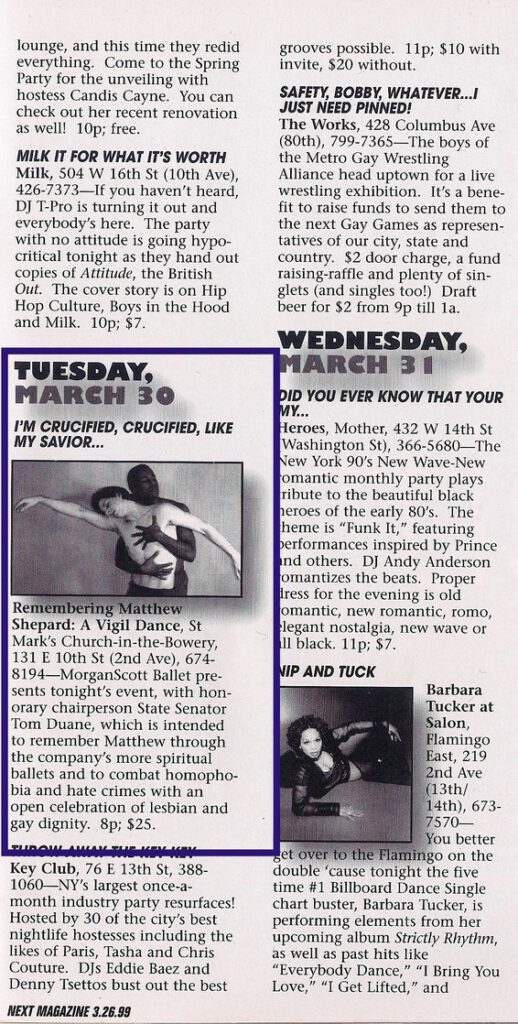 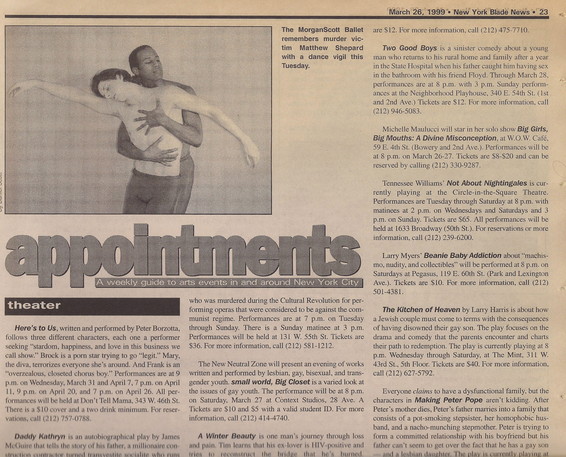