Connoisseurs of outdoor dance performances don’t mind rain. Some of the most memorable shows at the late and much lamented Delacorte Dance Festival in Central Park resulted when dancers were forced to compensate for showers and slippery stages.

A great deal too much rain poured down on the MorganScott Ballet on Friday night at Bryant Park. But the dancers drew cheers from a surprisingly large audience. And an impromptu solo by Edward Morgan, the former Joffrey Ballet dancer who directs the troupe with Daniel Scott, made for serendipitous magic.

MorganScott opened with Mr. Morgan’s ”Stockhausen 2000: Dreams,” a group work set to a score by Stockhausen that sounded, in its first moments, like thunder echoing through the gathering storm.

Emily Burch and Joseph Alexander, the lead dancers in this parable about children and balloons, maintained a nice balance between the piece’s air of a stylish romp and the kind of spirited classical ballet purity for which the company is known. Eventually, however, Mr. Alexander began to grin charmingly at the incongruity of the sheets of water splashing up around the dancers as they moved through the work, the women managing somehow to remain up on point through it all. Then, suddenly, the sound went out, and Mr. Scott was forced to call a halt.

Krysthel Pena released the big red balloon she carried through the work. Slowly, ponderously, it rose through the gray air as the dancers took their bows to cheers from their steadfast, umbrella-hoisting audience.

Then came the magic as Mr. Morgan jumped onto the stage in a solo that looked like an improvised prayer. His long lean body, arms reaching up and, pressing into the pelting rain, echoed the long lines of the skyscrapers behind him. The image was unforgettably theatrical yet also poignant.

The heroic cast of the Stockhausen piece was completed by Marissa Dompe, Dara Di Gerolamo and Michael Blake. The program opened with an abbreviated set by the music group Amelia’s Dream.

No rain date for MorganScott has been announced. The program was part of Bryant Park Presents: August Dance, a series that continues with performances by Nicholas Leichter Dance on Friday and Cortez & Company Ballet/Contemporary on Aug. 25. 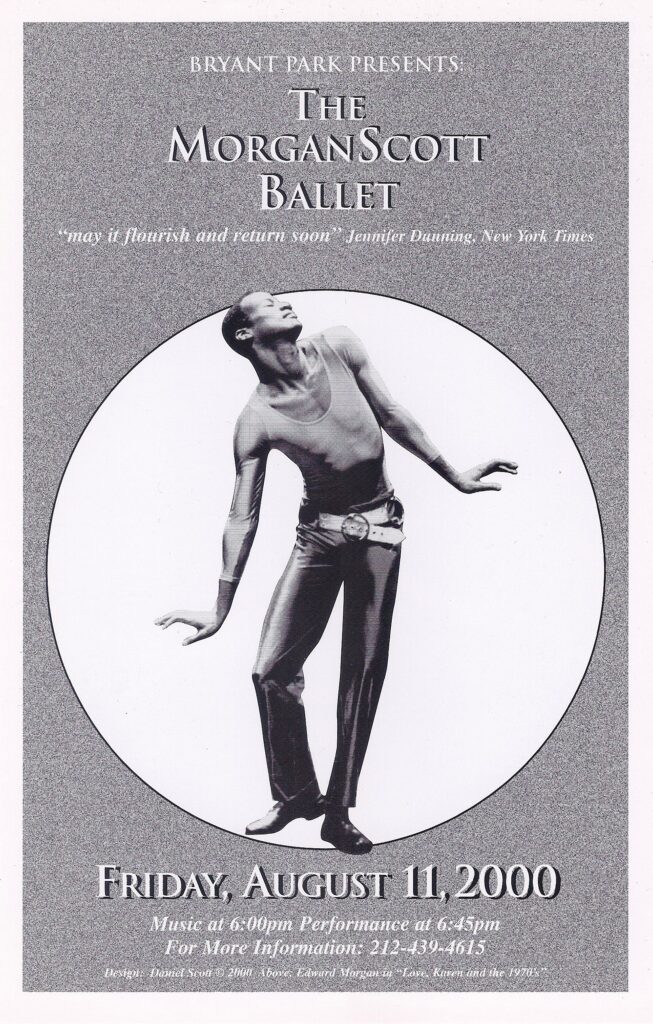 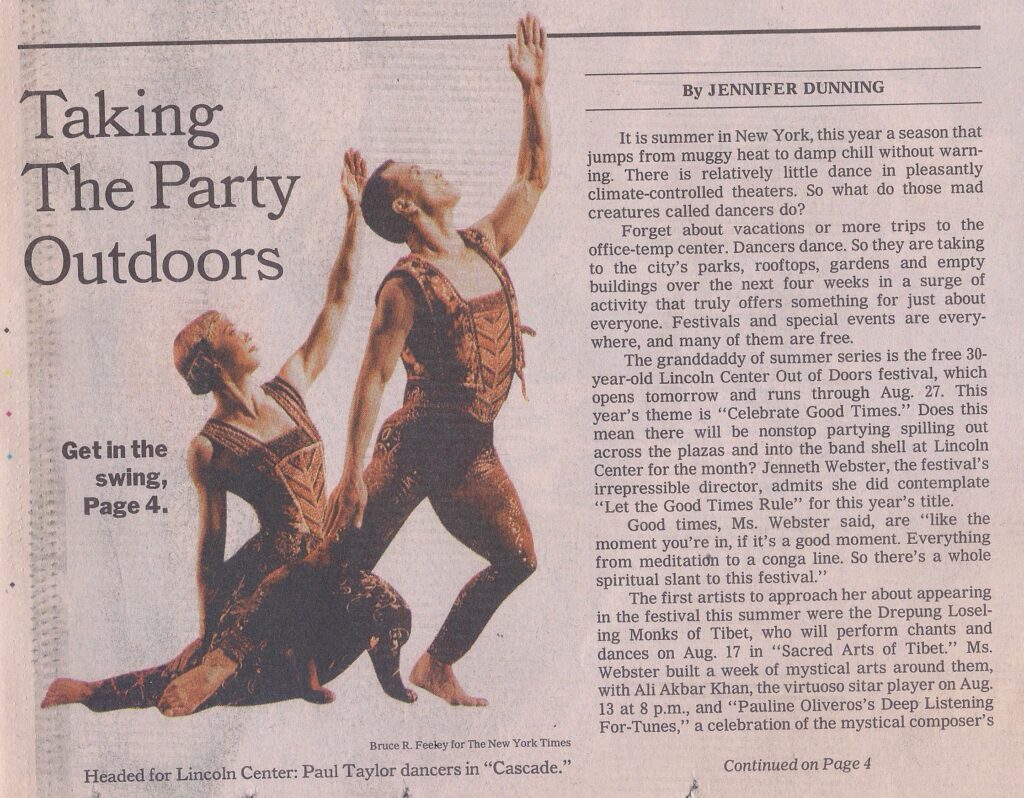 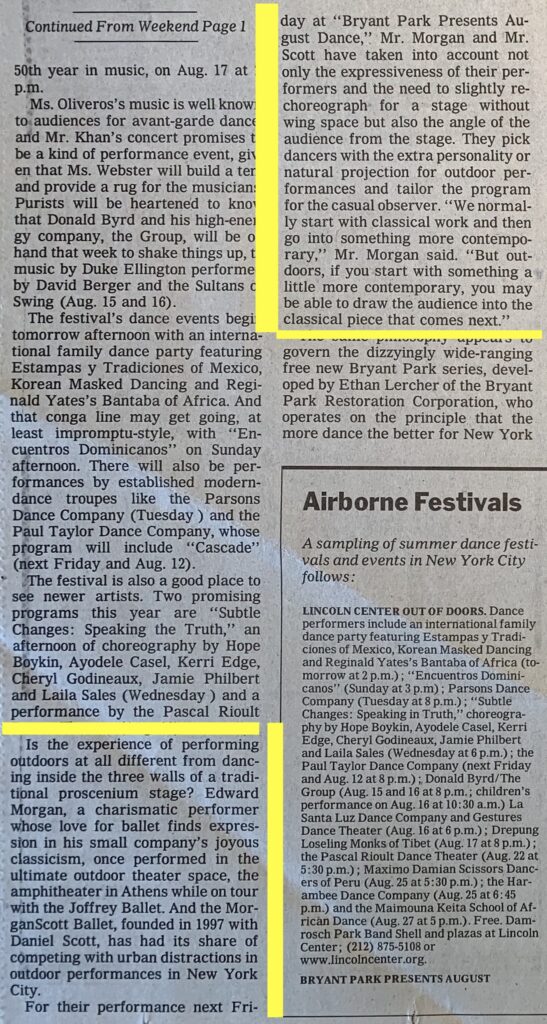 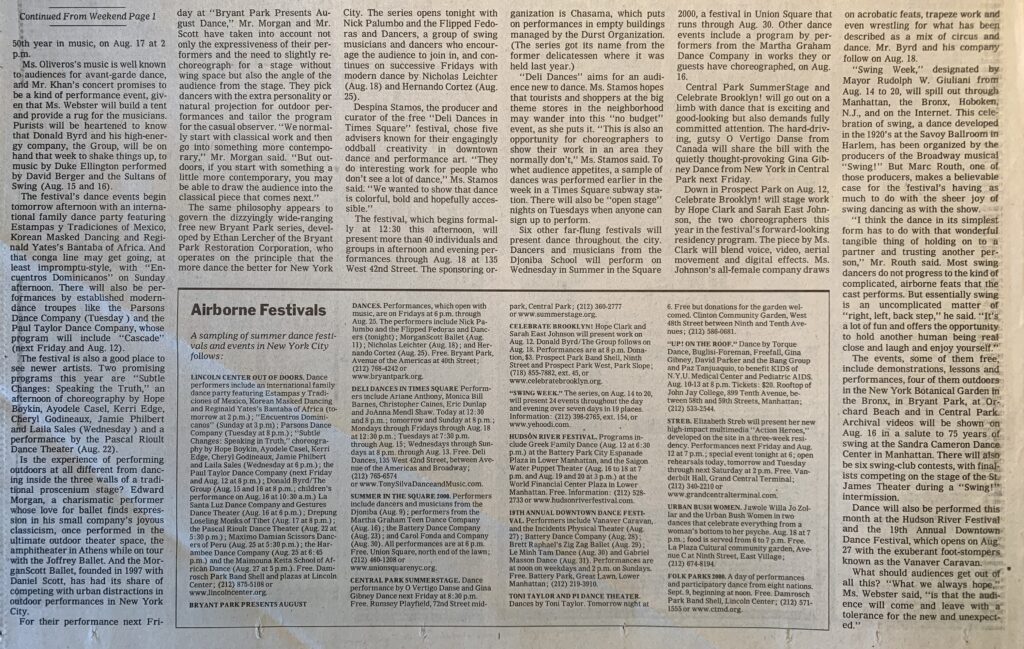 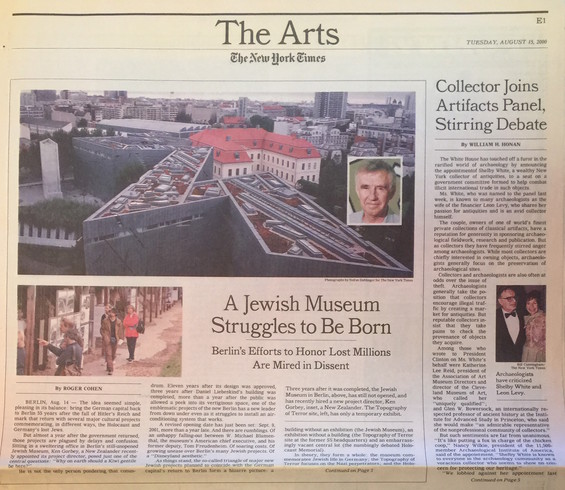 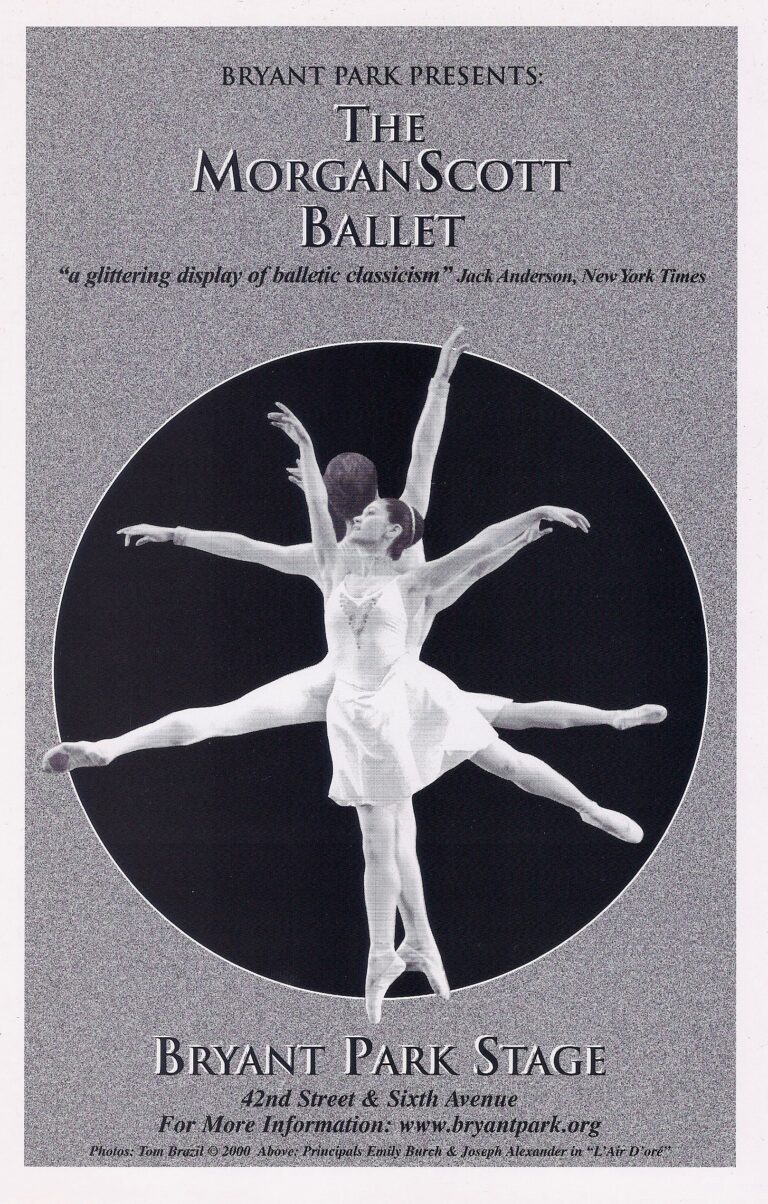