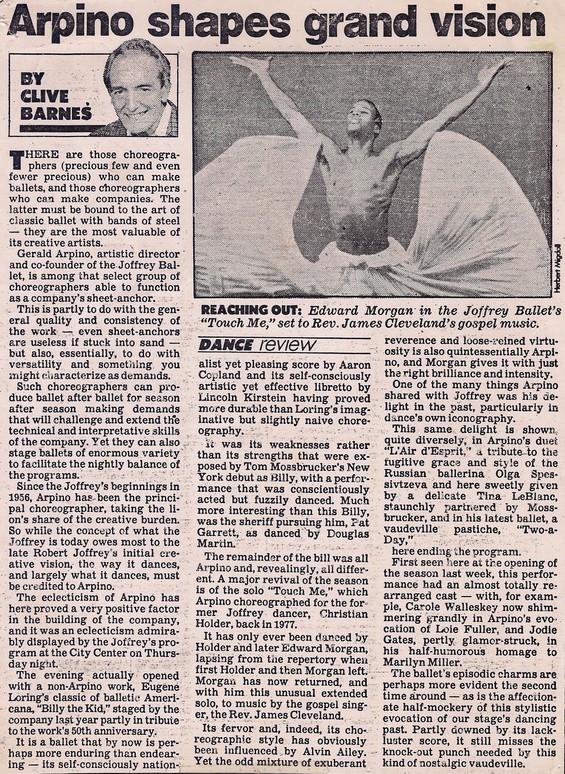 The remainder of the bill was all Arpino and, revealingly, all different. A major revival of the season is the solo “Touch Me,” which Arpino choreographed for the former Joffrey Dancer, Christian Holder, back in 1977.

It has only ever been danced by Holder and later Edward Morgan, lapsing from the repertory when Holder and then Morgan left. Morgan has now returned, and with him this unusual extended solo, to music by the gospel singer, the Rev. James Cleveland.

Its fervor and, indeed, its choreographic style has obviously been influenced by Alvin Ailey. Yet the odd mixture of exuberant reverence and loose-reined virtuosity is also quintessentially Arpino, and Morgan gives it with just the right brilliance and intensity. 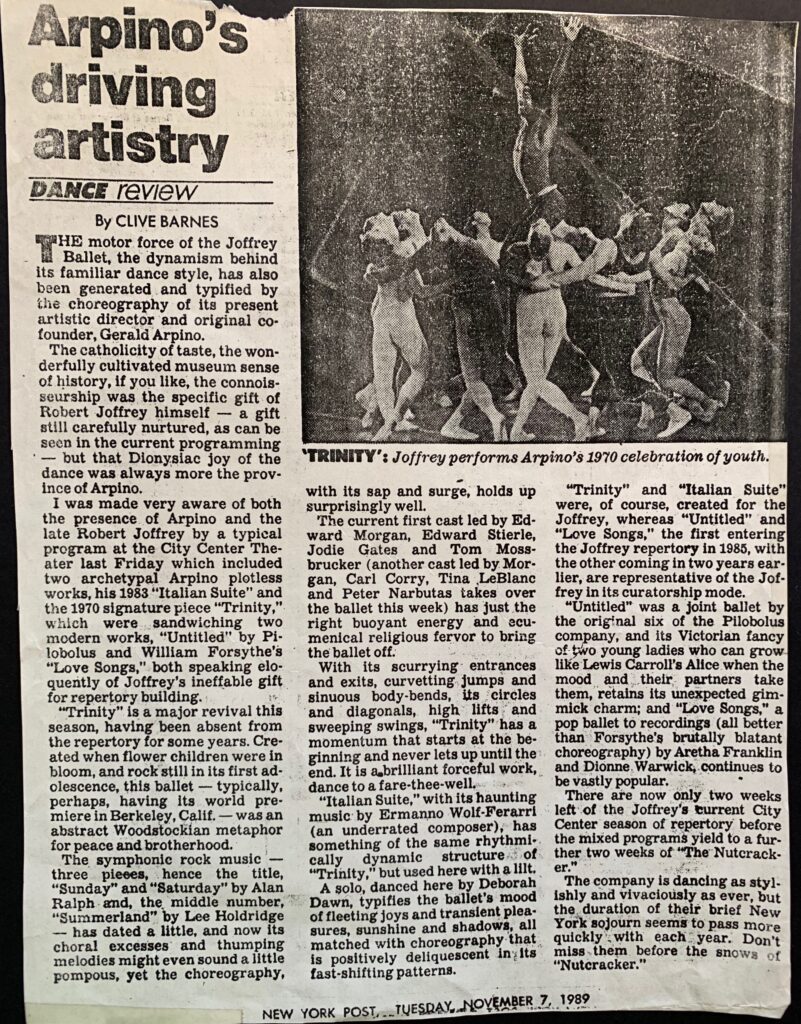