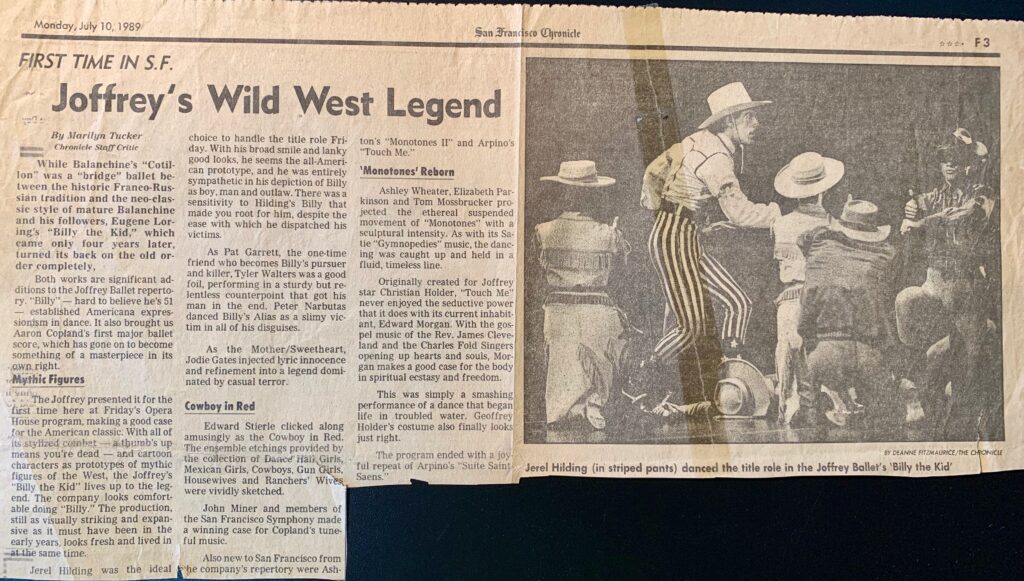 Originally created for Joffrey star Christian Holder, “Touch Me” never enjoyed the seductive power that it does with its current inhabitant, Edward Morgan. With the gospel music of Rev. James Cleveland and the Charles Ford Singers opening up hearts and souls, Morgan makes a good case for the body in spiritual ecstasy and freedom.

This was a simply smashing performance of a dance that began life in troubled water. Geoffrey Holder’s costume also finally looks just right. 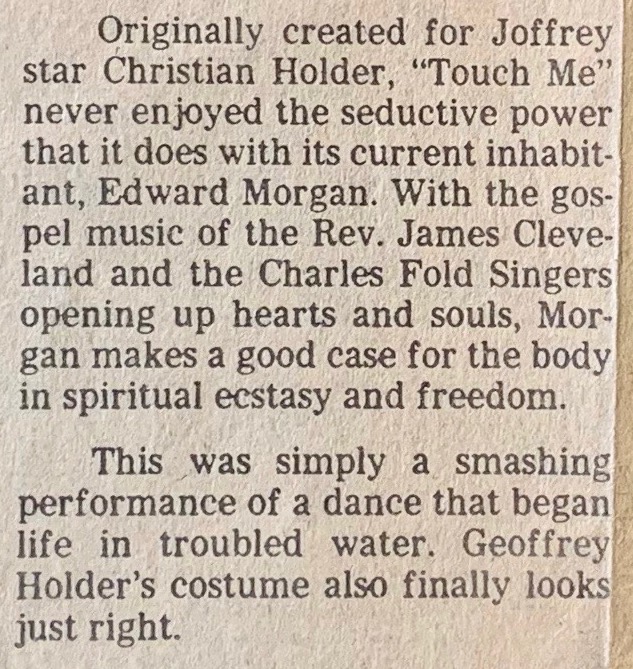 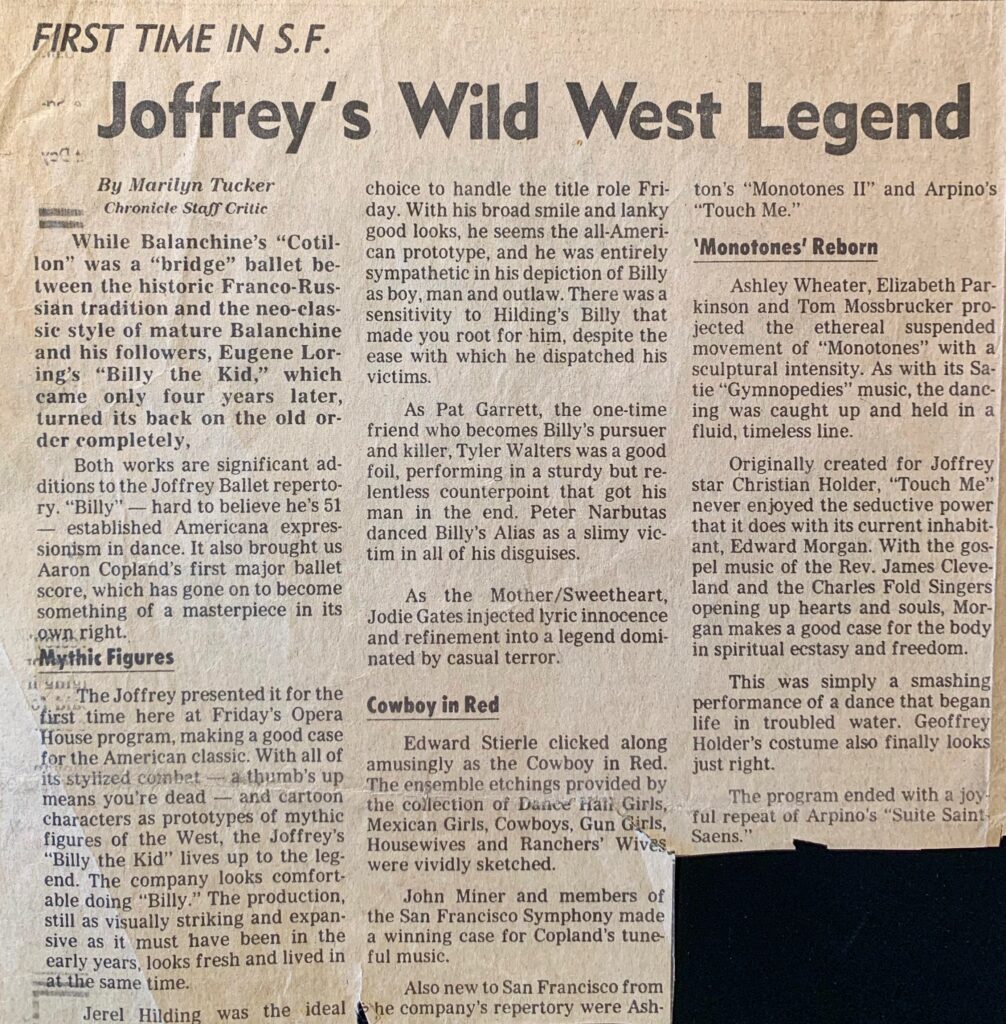 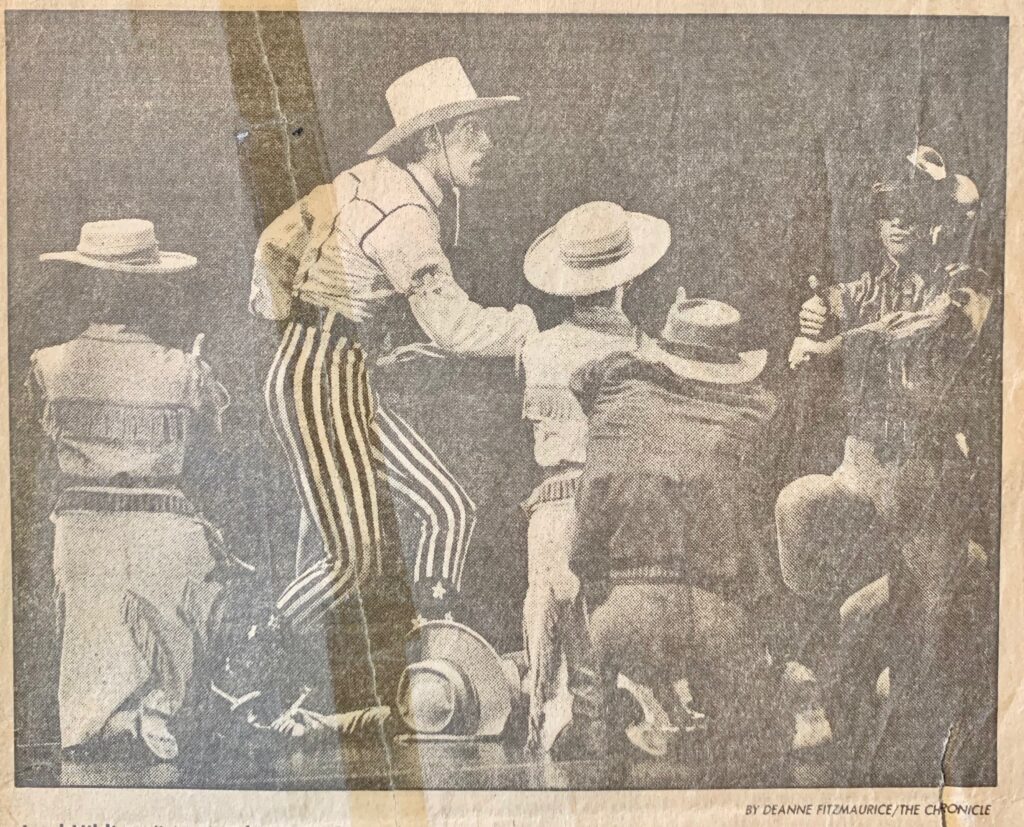